In the summer of 2019, an international consortium of scientists and conservationists embarked on the mission to save a species with only two female individuals left. By developing advanced assisted reproduction technologies, BioRescue intends to create new offsprings for the northern white rhino and save them from extinction. In a ceremonial event held on July 5, 2021, at the German Embassy to Kenya in Nairobi, the consortium and honorable guests looked back at the challenges and successes of the mission and forward to the milestones yet before them. 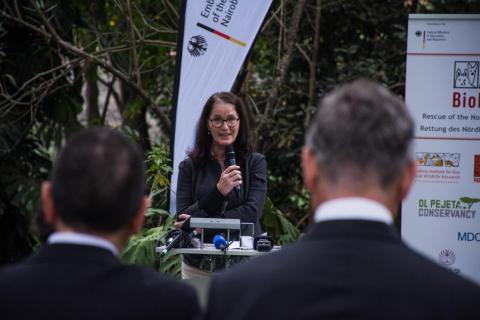 The reception was held at the invitation of the German Ambassador to Kenya, Annett Günther, and also attended by the Italian Ambassador, Alberto Pieri, and the Czech Ambassador, Martin Klepetko. Mrs. Günther underlined in her welcome address how international cooperation of science, conservation and politics is the keystone for the success of such an important and ambitious mission. BioRescue project leader Prof. Hildebrandt thanked for the warm welcome, the invitation and the support by the embassies as well as the Kenyan Government represented by the Kenya Wildlife Service (KWS) and the Wildlife Research and Training Institute (WRTI). He laid out the already scientific milestones of the mission and reminded the invited guests of how important it is to keep the northern white rhinoceros, a keystone and umbrella species of Central Africa’s savannahs and wetlands, not only in our memories, but alive and effective for a healthy, balanced ecosystem. Nine cryopreserved embryos now represent a sliver of hope for the majestic grazers and the world they are destined to reclaim in the future. 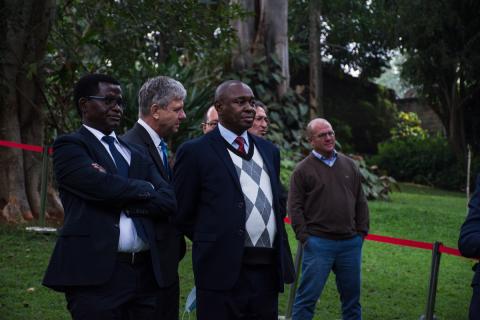 It was a special honour and pleasure for the BioRescue consortium to welcome Prof. Charles Musyokiand Dr. David Ndeereh from KWS and WRTI, respectively and Richard Vignefrom Ol Pejeta Conservancy. In the near future, the consortium will strengthen the collaboration with its Kenyan partners, whose tremendous support, dedication and expertise helped achieving the successes of the past and are a warrant for achieving the milestones ahead.

Jan Stejskal of the Safari Park Dvůr Králové gave an introduction into the history of the northern white rhinos in European Zoos and of the multitudes of relationships that the zoo in Dvůr Králové with organisations and institutions in Africa under the common goal of conservation. Stejskal was joined at the reception by the Director of Safari Park Dvůr Králové and Member of Parliament of the Czech Republic, Přemysl Rabas. 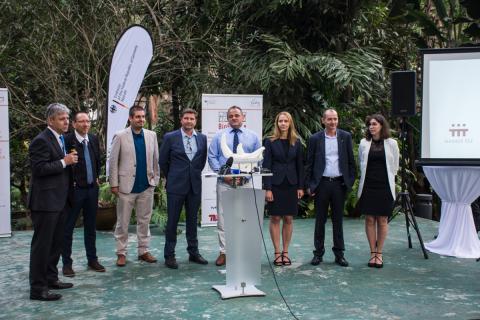 The cooperation and collaboration of the international partners has grown over many years, but it was the generous funding from the German Federal Ministry of Science and Education (BMBF) that turned the audacious plan into reality. The BMBF has funded a significant portion of the program since 2019; the consortium was therefore delighted to welcome Dr Christian Böhm from the Ministry at the reception and to thank him for this support. 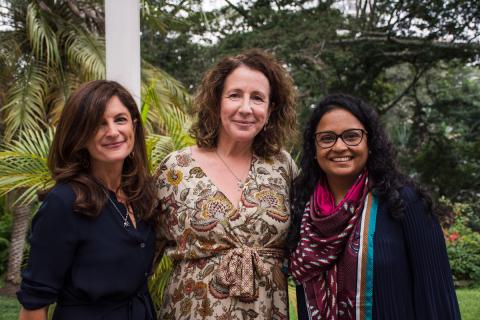 Closing the event, renowned photographer and visual storyteller Ami Vitale shared her personal view on the fall and rise of the northern white rhinos. Vitale has followed the fate of the last of their kinds for more than a decade and is a passionate ambassador for the species, for the world they used to inhabit and for the dedicated scientists and conservationists whose mission is to save the charismatic and important grazers from the brink of extinction.

The BioRescue project is contributing scientific and veterinary expertise to the Northern White Rhino rescue mission. However, progress in research alone is not enough to prevent the extinction of these charismatic and important creatures.Well-coordinated cooperation of many committed partners in politics, nature conservation, economy and civil society is needed to give them a future. The BioRescue consortium is grateful to its supporters Merck, GE Healthcare and Richard McLellan Rewind Rhino Extinction Foundation. With your additional help the rescue mission can be a success!