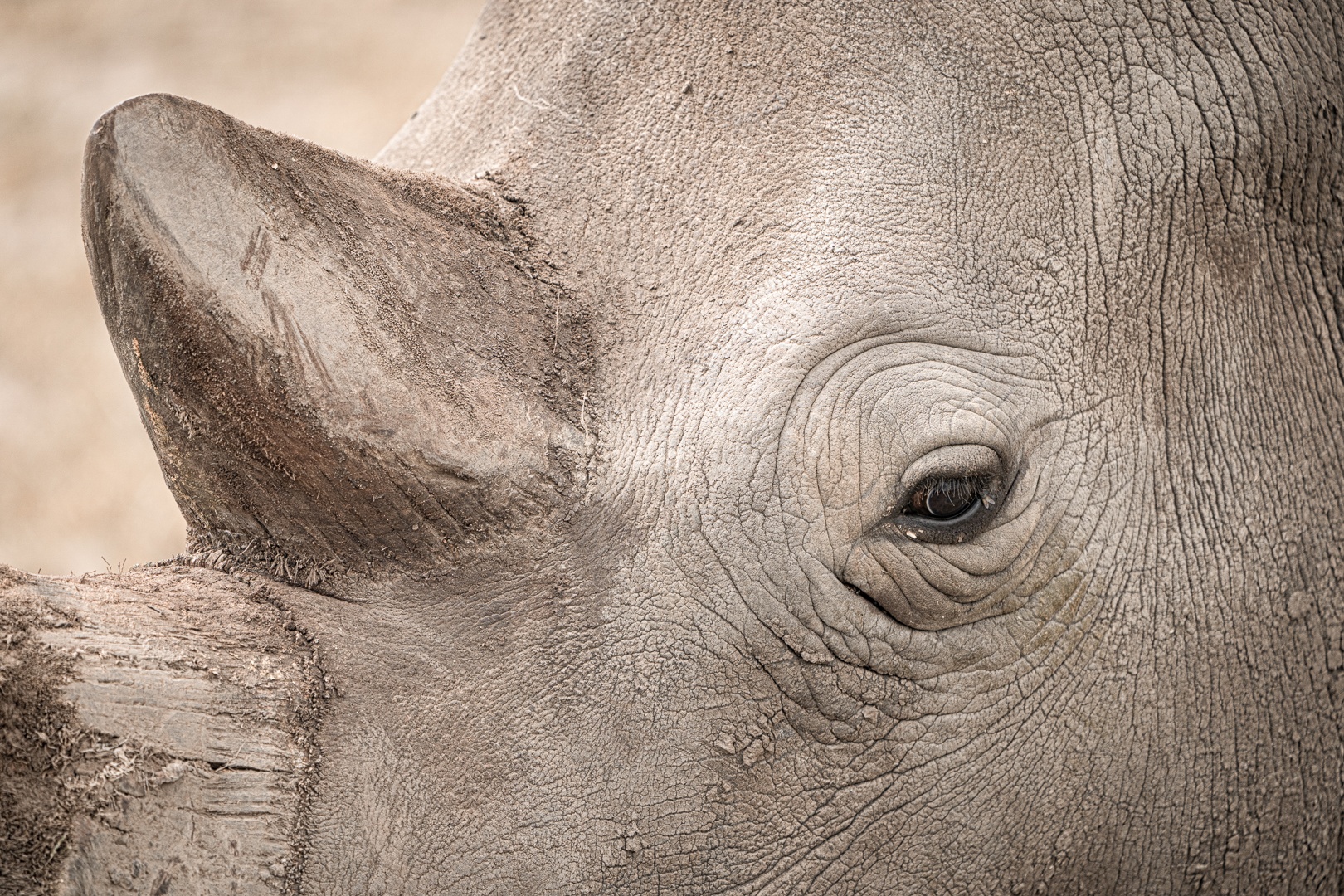 In light of the Earth’s sixth great extinction event driven by man traditional conservation strategies such as habitat protection and ex-situ breeding combined with reintroduction programs will be not sufficient to stop or even to slow down this process significantly. Currently, 22% of the mammals are at risk of extinction. The family Rhinocerotidae is particularly affected, with three of the five extant species listed as critically endangered (Sumatran, Javan, and black rhinoceros), one listed as vulnerable (greater one-horned rhinoceros), and only one, the southern white rhinoceros (SWR, Ceratherium simum simum), listed as near threatened. Contrarily, in 2008 the IUCN officially declared the northern counterpart of the SWR, the northern white rhinoceros (NWR, Ceratotherium simum cottoni, 1908) as extinct in the wild. On March, 19th, 2018 the death of the last male NWR, Sudan, brought wide public attention to the doomed fate of this subspecies and served as a clarion call for alternative measures of conservation.

The long-term consequences of the loss of a keystone species for the fragile ecosystem of Central Africa are not fully predictable. However, the eradication of a megavertebrate and important landscape architect such as the NWR will cause at least a significant disturbance or even destruction to elements of the complex ecosystem. The loss of a keystone species can initiate a so called “vortex effect”. The term was coined by Bob Lacey (1993) and used to name his famous Vortex Population Viability Analysis software, distributed freely by the IUCN. The vortex effect stands for the accelerated loss of species and entire species societies whose life history directly or indirectly depends on keystone species which are on the brink of extinction.

In 2015 a group of 20 international scientists from five continents met in Vienna to develop a new strategic roadmap (Saragusty et al., 2016) for saving the critically endangered NWR. At that time only three individuals (1 male, 2 females) of this subspecies were alive. The new approach combines advanced assisted reproductive technologies (ART) and stem cell associated techniques (SCAT). This combined third strategy, in addition to the two established main strategies of habitat protection and classical ex-situ conservation programs, allows for the employment of biomaterial of live and deceased individuals in form of cryopreserved gametes (Hermes et al., 2018) as well as of skin samples for fibroblast cultures. Fibroblast cultures via induced pluripotent stem cell transformation can subsequently be used for the in vitro production of artificial gametes. This third way of species protection is now being developed in the international "BioRescue" project and put into practice immediately.

The work packages (WP) of the project focus on the development of suitable technologies and protocols to rescue the NWR and to provide the opportunity to establish a self-sustaining, genetically healthy NWR population which can be reintroduced to the wild. In addition to the two approaches to embryo production, an ethical risk analysis as a separate work package is part of the project. If innovative research shifts the boundaries of what is possible in species protection, new risks that have not yet been adequately evaluated will emerge on the one hand, and ethical questions on the other, which will bring together the well-being of individual individuals, the prosperity of an entire subspecies and complex social-ecological questions. These new risks and ethical questions are systematically analysed and discussed in the "BioRescue" project, also involving relevant stakeholders and the interested public in the discourse.

The German Federal Ministry of Education and Research (BMBF) supports the German partners of the BioRescue Consortium.

The BioRescue project is contributing scientific and veterinary expertise to the Northern White Rhino rescue mission. However, progress in research alone is not enough to prevent the extinction of these charismatic and important creatures. Well-coordinated cooperation of many committed partners in politics, nature conservation, economy and civil society is needed to give them a future. With your help the rescue mission can be a success!